Healthcare and the City

Urban development and city planning as a public health issue

A sometimes hard to grasp but omnipresent influence on our health is our environment. And since by 2050, close to 70% of the human population will live in urban areas, it is worth to look at the public health issues arising in this particular environment. Is there a potential to reduce urban health inequity, considering the strong influence of healthy and not-so-healthy-to-live-in areas? What are the chances and risks in the ongoing trend towards “smart cities” and can those concepts answer to the urban health issues of this century?

According to the World Health Organization, there are three major categories of urban health issues. The first one covers noncommunicable diseases such as cancer, heart diseases or diabetes which can be worsened by unhealthy living and working conditions. The WHO estimates around 90% of the urban population breathe polluted air. Mental illnesses also fall into this category and have shown growing incidences in urbanized areas.

The second one covers injuries caused by unsafe (transport) infrastructure as well as unsafe living and working conditions. They won’t be discussed in detail here.

And at last, infectious diseases such as COVID-19, tuberculosis, Zika or Ebola are thriving in unhealthy housing conditions, where safe sanitation and waste management cannot be guaranteed. Worldwide, an estimated 40% of cities’ inhabitants does not have access to clean drinking water. In the ongoing pandemic, these inequities have led to more cases and more deaths caused by coronavirus in the poorer areas of the already highly exposed urban areas.

So, a lot of the public health issues of the modern city are of an infrastructural nature. Any cause-related strategy to mitigate the problem would have to be considered already in development phases of regional and urban planning. Prevention here does not address the citizens directly but needs to be implemented into the city’s spatial management. Such approaches could increase urban resilience by improving the influence on noncommunicable diseases through biophilic architecture and urban landscaping that provides desirable environments to live in. This could for example include reducing the heat island effect in a city with adequately scaled green spaces and reducing noise, air, soil and water pollution through well-planned transport systems and waste infrastructure.

These measures require some time to take effect, so another approach is symptom related and directed at citizens. It consists of warning systems that can protect risk groups on a local scale and of monitoring systems which can help to identify negative influences on the citizens’ health as well as to evaluate the effectiveness of any measure taken.

All the mentioned measures are effectively already in a process of being “digitalized”. In urban development, simulations of traffic or a city’s ventilation can be used to identify potential smog or heal bell zones and plans can be set accordingly.

Warning apps have gained importance, not only for natural hazards but also manmade ones. But to react precisely to the sometimes locally very limited phenomena, measuring networks for example for air pollution would need to be more closely meshed. As for example congestions can cause unhealthy pollution on a locally and temporarily limited scale.

A directly patient related approach is being considered as big data and digital health applications are gaining more attention. The Greek company BioAssist for example has been developing the application “HEART by BioAssist” as a monitoring and data collection tool. They plan it’s use in tracking patients’ health statuses in various studies within the EU-funded public-private project HEART (HEAlthier Cities through Blue-Green Regenerative Technologies). The app could help to measure the effects on patients’ health in areas with implemented Blue-Green Solutions (BGS). These BGS’s are a health-benefitting urban planning approach used in the HEART projects.

The paragraphs above demonstrate that a lot of potential lies in the digitally managed strategies to mitigate the public health issues of this century’s cities, so the last part of this article is dedicated to the possible negative effects of an urban public health digitalization strategy. It is based on a more profound paper about the concept of “smart cities” published by Robert Hollands already over a decade ago. Nevertheless, his critique remains relevant in the eyes of digitalized public health strategies. He opens the question of social equity in “smart city” concepts, which has two important aspects. First, the issue of a digital divide arises. Concepts, that lean on citizen’s participation, need to consider the inclusion of all age groups as well as income classes, otherwise products will be designed for mainly the well connected, creative and informational classes, the so-called Young Urban Professionals. Second, there is the issue of data protection and the question of ownership of the collected data. Initially publicly funded projects could change their usage policies of patient’s data once privatized and equipped with rather entrepreneurial goals than concerns about public health. Even before privatization, the possibility of the incorporation of such public projects into the needs of the private sector is given. A problem here could be the focus on a rather superficial treatment of symptoms to ensure the workforce’s functionality.

While being a superficial attempt to understand a very complex system, the purpose of this article is to stress the importance of health equity in the context of ongoing urbanization. The underlying ambition for an urban public health care strategy should be to achieve a healthier population through extensive prevention of health risks at both the workplace and in housing and recreational areas. Trying to mitigate inequities, resources should concentrate on the disadvantaged areas and groups which tend to be the most vulnerable and therefore most affected ones. Technologies can help to improve preventive infrastructure and services, but society needs to decide how those resources are used and their revenue distributed. 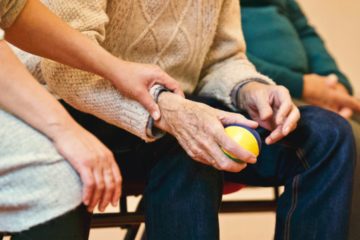 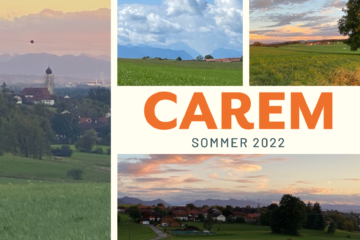 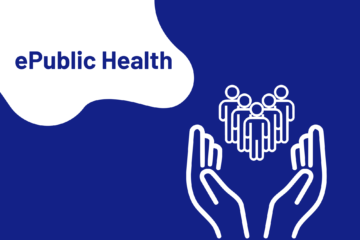